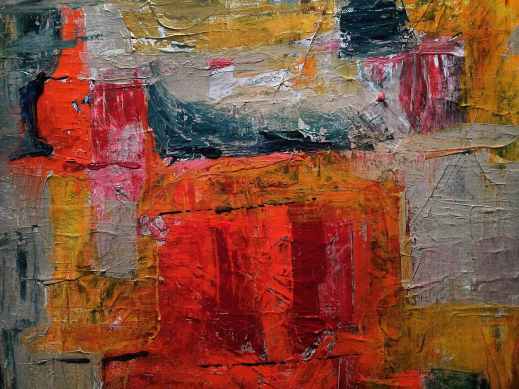 Photo by Steve Johnson on Pexels.com

About the author:
Silvia Dello Russo is an Assistant Professor at ISCTE-IUL, Lisbon, Portugal.
You can contact her at silvia.dellorusso@iscte-iul.pt

Recently, speaking over the phone with an old friend of mine, I was surprised to hear he would be moved to job and department at his workplace. And my surprise was nothing compared to the shock he had had when informed by his boss of this unanticipated plan with which the company, a large multinational, had just come up for him. In fact, a month earlier he had been told that his position was being suppressed, according to restructuring strategies, but his boss was confident “they would find something good for him”. Eventually, shortly after that conversation, my friend was offered an alternative position and the start was imminent at the time we spoke. The new job comprised equivalent but very different responsibilities in addition to a new social context of work (hierarchical line, colleagues) and, even more importantly, new task context.

I reflected for days on what this meant, to him and the company. Would this mark a crossroad between the organizational and my friend’s goals? Would this be an insurmountable divide between their respective needs and expectations? After about 15 years in which he had built his professional identity around a career that he actively chose and shaped for himself, how would he go about changing path – following the organization’s request?

A couple of weeks later I called him back, to ask how the adjustment to the new job was evolving. To my greatest surprise (and joy) he sounded enthusiastic and full of energy to start the new job! Not only was he throwing himself in the new role and its requirements with no reservations; he was also genuinely enjoying it. He was fully engaged in learning everything the new job required him to – and more – genuinely thrilled by having this possibility. Ultimately, he did more than accepting the challenge the firm proposed to him: He fully embraced it and made it his own.

This seems to me a very fitting example to translate the so-called “psychological capital” into observable behaviors. Psychological capital is a topic that researchers in organizational behavior have extensively focused on, especially in the last decade, following the positive psychology approach. Psychological capital, as proposed by Prof. Fred Luthans and his colleagues at the University of Nebraska, is an individual resource comprising four positive characteristics: optimism, resilience, hope and perceived efficacy. Studies showed that these four resources correlate with better work (and non-work) attitudes as well as behaviors and, what is more, they can be further and intentionally strengthened via specific developmental interventions (for a summary of empirical evidence, see an article from 2017 by Luthans and Youssef-Morgan published in the Annual Review of Occupational and Organizational Psychology).

The story of my friend is, certainly, a case of psychological capital and thanks to his optimism, resilience, efficacy and ability to see future paths, he was able to reinvent himself and embark on a new course for his career. However, I also believe that there is more to the psychological capital;  there is a truly invaluable resource individuals bring to the organizations.

I am referring here to what the psychotherapist Viktor Frankl called the innate human tendency to search for meaning (Frankl, V. Man’s searching for meaning. Beacon Press, 2006). It is a drive that nearly speaks to an evolutionist advantage because, by searching for a deeper meaning, people are able to survive and overcome even the most terrible and inhumane conditions. While acknowledging the macroscopic differences between this case and Frankl’s experience, I cannot help but drawing a comparison. In this case, and in many others similar to this, an individual could simply “accept” the new job as an inevitable reality and take it on in light of an instrumental commitment to the company and the difficulty of finding alternative employment opportunities. But here, as Frankl observed, a drive emerged to find and, even, to create one’s own meaning in order to reduce the gap between one’s experienced and desired life and to stay true to oneself.